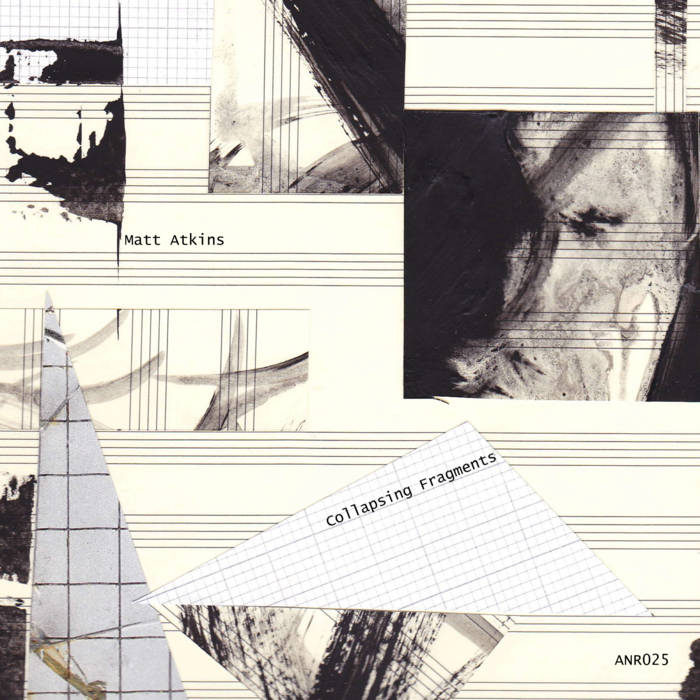 stara pierdziocha collapsing soundtrack to the collapse of society... platform is back! Favorite track: Faultline.

Of this release Matt says:
'Collapsing Fragments' is a return to the electronica roots of my earlier recordings. Using classic 808 drum sounds and washes of atmospheric murk and drift, I wanted to deconstruct the rhythmic patterns to the point of near collapse, shattering the rigidity 4/4 grid.

Matt Atkins is an improvising percussionist and visual artist who uses electronics, objects and tape loops in his live work. He has released music on labels such as Falt, Rusted Tone Recordings, Midnight Circles, Invisible City, Hemisphäre, tsss tapes, Linear Obsessional, Structured Disasters, Coherent States, Steep Gloss, Kirigirisu and TQ-Naut. Since 2006 he has run his own label, MRM recordings and in 2019 organised the improv concert series 3x3. In 2020 he began curating and presenting a show for CAMP radio called Auricular Shelter. He has recently collaborated with musicians such as Danny Clay, Brigitte Hart, Phil Maguire, Ivy Nostrum, Costis Drygianakis, Slow Clinic, Paolo Sanna and Giacomo Salis among others.