Crypt of the Gemini 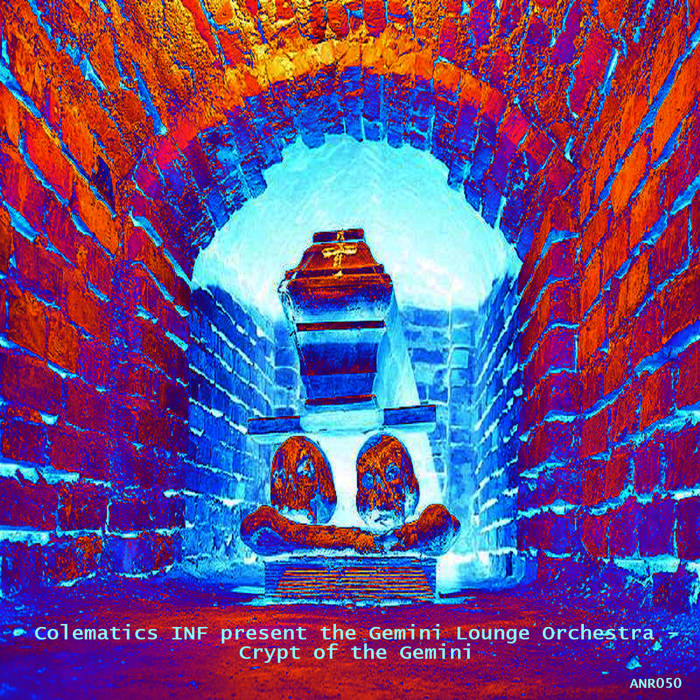 Crypt of the Gemini

This release combines our Horror Trilogy (Earth Vs Gemini, Curse of the Gemini and It came from the Gemini) originally released individually by Proc Records
(www.discogs.com/label/99000-Proc-Records) with Material composed around the same time.

We feel this is an Excellent Suite, showing the pre 'Ritual Music of the Gemini', Gemini Lounge Orchestra ‘Ritual Music’ was a release that invited all to 'Build their own Gemini Lounge Orchestra' using the
Building Blocks from that release specifically and then opening up the whole of Colematics releases to be plundered for Sampling, Interpolation, Destruction or anything else that could be made from
It, which happened under the ‘Too Weird to Live Banner’ with Innocent but Guilty doing the Reimagining. and 'New Wave Krokodil Hookers of the Thousand Year Reich' (A piece taken from an discarded episode of NWKHotTYR. Using a Screenplay the Gemini put together an audio version of the Episode plus a Triple 3.5 Floppy disc set version of the 'Underscore incidental Music') .

This is pre -the formation of the Eagleclaw Ghost of Fulci or the Broken-Off Monkey Arm or L.U.M.A or the O.M.A (They formed before the recording of Ritual Music of the Gemini and The GLO released as EagleClaw Monkey Hand on NWKHotTYR) these were the days when the Gemini Lounge Orchestra was the hold all umbrella company Colematics INF would become.