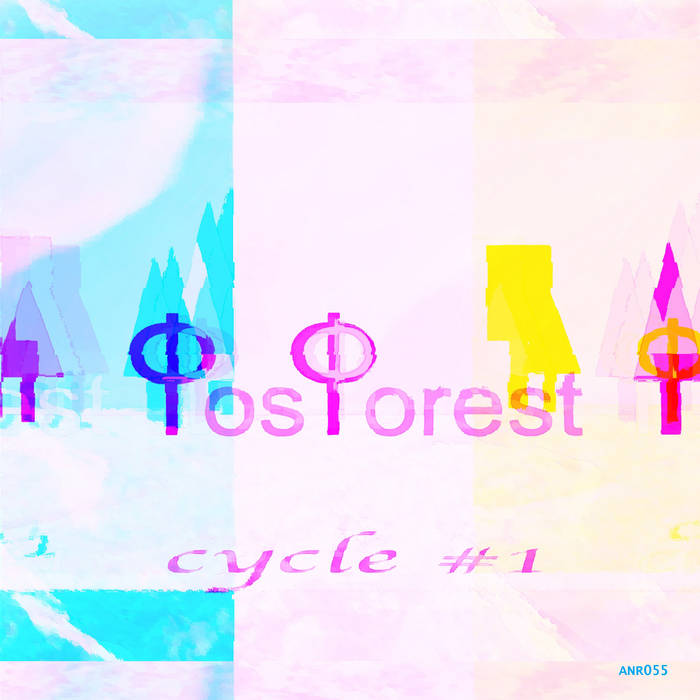 The debut release from Phosforest, side 1 of ‘Cycle #1’ was made as a self-led challenge to put an album together in 3 hours, using a combination of pre-recorded and improvised material.

Inspired by the wilderness of Arctic Norway where the album was made, and incorporating field recordings and improvisations from a trip to Iceland back in 2018, it represents, as Peter Davidson might say, an ‘idea of North’. It also represents an ‘idea of peace’, not an altogether
pristine one, but a broken and disjointed version, with ample space for the mundanity and cacophony of everyday life.

Phosforest utilises the Greek/Cyrillic letter ‘phi/ef’. It looks nice, like trees. It symbolises at once a flow and an abrasion, a momentary distortion of thought, easily resolved, as one way of seeing
merges into another.

Side 1 features a continuous field recording from the aforementioned trip to Iceland. This ‘base’ field recording was laid down as the backdrop to the project, with other tracks arranged over the top in a collage manner, drawing from a back-catalogue of ‘solo improvisations through the ages’. New improvisations were then applied whereever material needed either adding to or sewing together in more interesting ways. To the best of my memory, The Next 10 Years was the only entirely ‘new’ track, whilst Cradle & Canopy was heavily added to.

Many of the field recordings used are hard to pin down by location, though I’ve tried where possible to label below.

Side 2 was created as a concluding experiment, upon remembrance that I was putting out a tape, and a tape has 2 sides to it. It utilises an ‘I wonder what would happen if…’ approach, in which the tracks of Side 1 were reversed, and ever so slightly altered through universally applied FX.

Creation and Production of all Side 1 tracks took place in Akkarfjord, Norway, with the exception of:

Side 2 was reversed at home in Newcastle-upon-Tyne